ClwydAlyn supports scheme to reduce the use of door rams 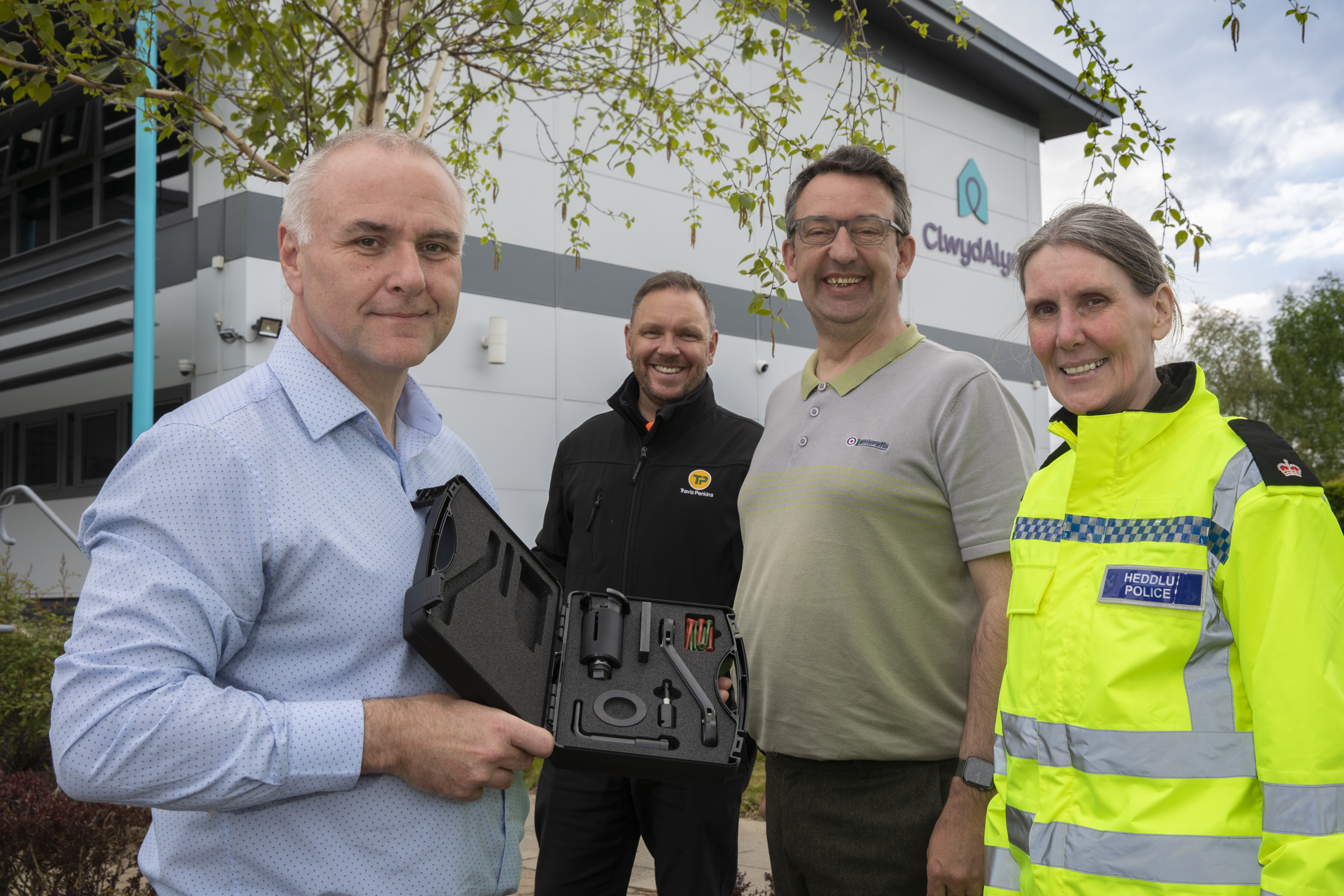 In order for NWP to gain access into properties, the force currently uses techniques such as an enforcer, otherwise known as a ‘rammit’. This method, although effective in gaining entry, is only used in exceptional circumstances to save a life or tackle criminality. It often leaves residents with the damage left behind and the cost of replacing the door.

“As an officer that oversees ClwydAlyn’s assets and a special constable with NWP, it came to my attention the effects enforcers were having on residents, leaving them hundreds of pounds out of pocket, and needing a new front door.

“Alternative methods are available to gain entry into properties, ones that do not inflict serious damage to doors. Knowing this information allowed me to liaise with Travis Perkins and develop a partnership between ClwydAlyn, Travis Perkins and NWP that would benefit both residents and the police force.”

Following discussions, Travis Perkins has agreed to sponsor the supply of lock pullers to NWP, a method that allows the fast opening of doors without damaging the door or the door guard.

“When we were approached with this problem, we were more than happy to play a part in resolving the issue. New front doors costs hundreds of pounds to replace and with the recent increase of the cost of living it was clear that the lock pullers would significantly reduce the damage costs and save a perfectly working door from being damaged.”

“Unfortunately, there are times when we need to force entry to a property either because we are concerned for someone inside or there is a suspicion of criminality. Either way we are keen to reduce the impact on the property and neighbours. This new partnership initiative enables us to do things differently by providing a more discreet method that prevents any significant damage.“

“There will be times when in order to protect people and investigate crime, officers need to enter a property at speed. This is a vital part of effective policing and investigation. But as Police and Crime commissioner, I am pleased that this new equipment means that entry to buildings can be made in a way that reduces damage, protects people’s property, and helps lessen the visual impact of the forced entry for neighbours.” 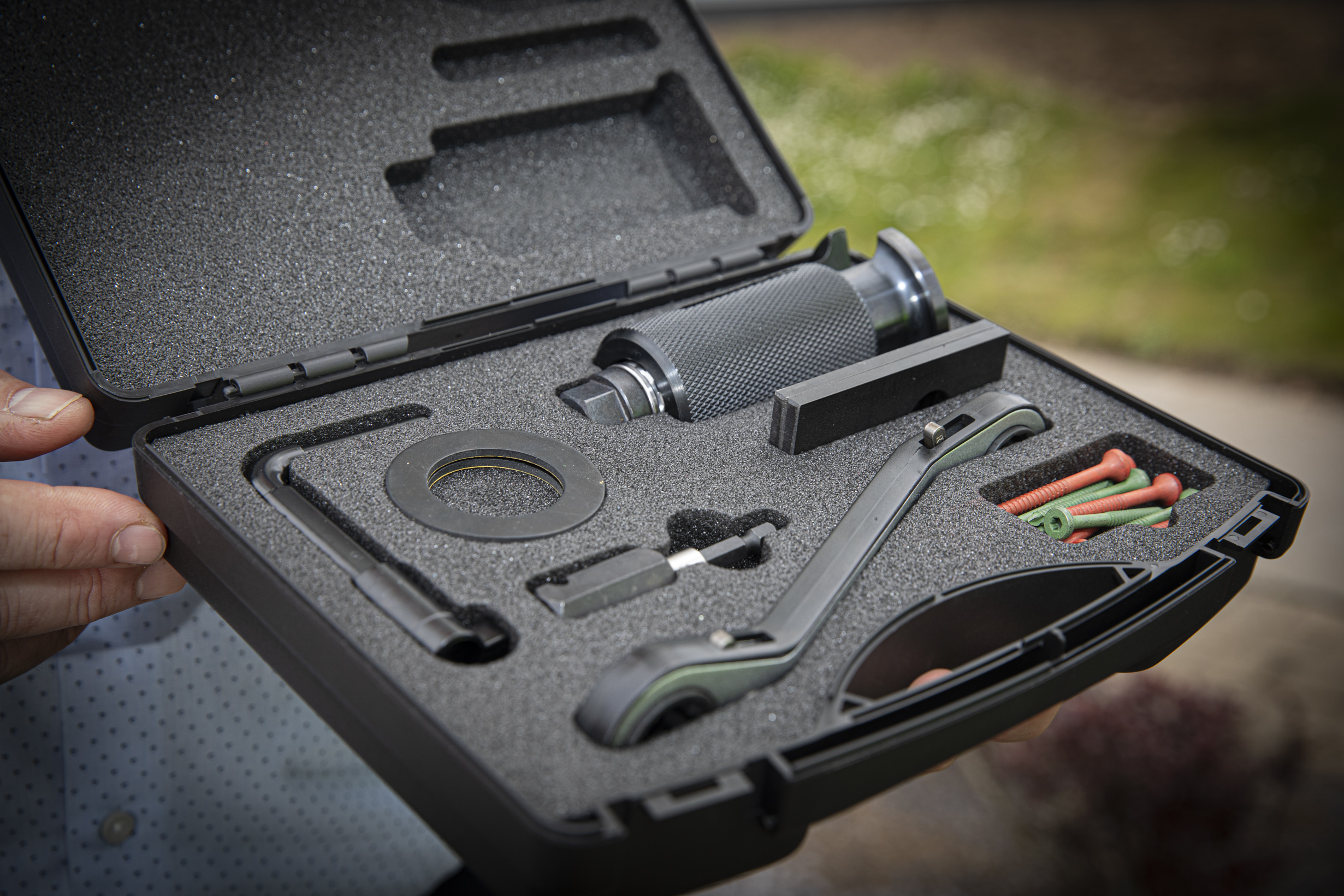 “This is a great step forward and I’m happy that this partnership work between ClwydAlyn, NWP and Travis Perkins has been a success.”

Travis Perkins Managed Services have sponsored NWP with 12 lock pulling equipment which will reduce the need to use excessive force when gaining entry to a property.