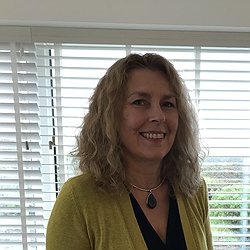 Elaine started her professional career working in the Tech industry in the 1990s based in Reading; she completed her professional CIPD qualifications in 1996 and moved into the IT and Customer Service contracting sector where she spent the next ten years progressing her career and developing her commercial acumen including leading the people aspects of complex outsourcing deals. It was during this time that she moved to North Wales.

Elaine was appointed as HR Director within Manchester Airports Group in 2007; one of the primary responsibilities of the role was to support the review and integration of the regional airports business. This included leading the people aspects of the sale of one of the smaller airports in the Group.  During her time in the sector she undertook a professional coaching qualification and broadened her organisational development skills. She became a member of the British Psychological Society having completed additional qualifications in Psychometric Testing

It was during this time and driven by her personal experiences of accessing care support for her parents; she decided to look for opportunities within Health and Social Care to enable her to draw on her professional experience to influence change within the sector.

She took up the role of Director of Organisational Development and Transformation for a large national Social Care Charity in 2013 and became part of the Executive Team; the organisation employed over 5000 staff across the UK with services ranging from Adult Social Care, supporting those with disabilities to live independently and Extra Care Services; at this time she joined a cross sector group led by the Skills for Care Charity starting to shape the standards for workforce development within the Care Sector.

She became a Board Member of Tai Pawb, Equality and Social Justice Charity within the Housing sector in 2019.