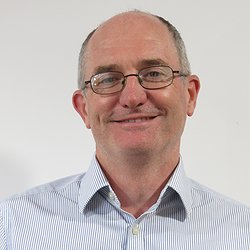 Paul grew up in North Wales and began his career with Wrexham Council where he qualified as a Chartered Public Finance Accountant.

He then went on to work for various large public bodies in England, where he also obtained a Master’s degree in Business Administration, before returning to Wales as Head of Finance and Assets at Denbighshire County Council. He managed the Council’s financial affairs, its property portfolio of business units, land, farms, and public buildings and was head of the Council’s housing department. During this time, he also worked on high profile projects including construction of new schools, a new harbour and bridge in Rhyl and a new hotel and restaurant development.

He then became Director of Resources at Adra, a registered social landlord that manages 6,300 homes in North West Wales, before moving to become a director of ClwydAlyn Housing in 2019.

Paul is a non-executive director and chair of the finance and governance committee, of Denbighshire Leisure Ltd, a subsidiary of Denbighshire County Council that provides health, wellbeing and leisure services to residents and visitors. He was recently appointed to the board of WellFed Ltd, a food production company that is part of a charity dedicated to reducing food poverty in North Wales.

Paul is also an independent board member and chair of the audit committee, of Wrexham Glyndwr University, which is regularly ranked in The Times university guide as the highest scoring university in the UK for its impact on social mobility.